One of the watch brands that I have always admired, but never owned is the International Watch Company (IWC). I compiled the information below from various resources and it is by no means meant to be comprehensive, only a nice summary of the company.

An interesting fact you may or may not know: International Watch Company (IWC) is possibly the only major Swiss watch company whose founder was an American! 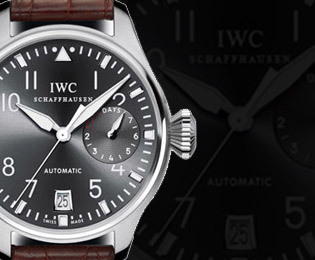 The History of IWC

Everything began when Florentine Ariosto Jones, an American engineer and watchmaker, decided to travel to Switzerland and found the "International Watch Company" in 1868. With a highly-qualified Swiss crew and the most modern machines from overseas, he expected to make high-quality mechanisms and watch parts for the American market.

Later, he met Johann Heinrich Moser, a watchmaker and a manufacturer from Schaffhausen that made pocket watches for, among others, the empire of tsars. Moser, a pioneer in the industry, had just installed in Schaffhausen a hydraulic station run by the Rhin waters. This station provided cheap energy but to very few people. It was just what Jones needed and he settled the company IWC there.

Jones, besides being an excellent businessman, was an excellent watch designer. His first mechanic pocket watches with "Jones caliber" presented exceptional characteristics.

Some years later after its foundation, the ownership of the "American" watch factory was taken by Swiss hands. At the same time the philosophy of the product "Probus Scafusia" (the confirmed excellence of Schaffhausen) would arise maintained unalterable till our day.

The manufacture showed IWC's spirit of innovation already in 1885 with the first pocket watches with digital indication according to Mr. Pallweber patent. Soon, IWC developed pocket watch mechanisms that even today and once revised would reach the precision of a chronometer. Nowadays these IWC watches are extremely rare and sought after collector's items.

After the death of J. Rauschenbach-Schenk in 1905, his wife, two daughters and their husbands, Ernst Jakob Homberger (director of G. Fischer AG in Schaffhausen) and Dr. Carl Jung (psychologist and psychiatrist), became the new owners of IWC. Following the death of his father-in-law, Ernst Jakob Homberger had a considerable influence on the Schaffhausen watchmaking company's affairs and guided IWC through one of the most turbulent epochs in Europe's history.

During the 1930's, IWC presented the first watch especially designed for aviators with antimagnetic mechanism. In 1940 the Big Pilot's watch marked another important milestone for IWC. Towards 1948, the Mark 11 appeared armored against magnetic fields. This protection would be later used by the Ingenieur and nowadays by many IWC watches.

Hans Ernst Homberger was the third and last of the Rauschenbach heirs to run IWC as a sole proprietor. He had joined his father's company in 1934 and took control of IWC after his death in April 1955. In 1957 he added a new wing to the factory and in the same year set up a modern pension fund for the staff. He bought new machines to meet new demands and continuously brought his production technology up to what were considered the very latest standards.

Nearly the end of the forties, during the hard competition among Swiss manufacturers to create the first automatic mechanism that allowed to wind up the watch both sides, IWC was right ahead. IWC's patented automatic spring has not been improved to our days.

The IWC 1955 Ingenieur equipped with it was the most advanced of its time. Edmund Hillary climbed the highest mountains with it. Today it has become a classic object of desire for collectors.

The Yatch Club or the Ingenieur SL from the sixties and seventies were even more robust. The growing popularity of water sports made IWC launch the Aquatimer in 1967. It was water-resistant to 200 meters and had and internal revolving ring to indicate the time of immersion.

1969 saw IWC present its first quartz wristwatch. The Da Vinci quartz watch was fitted with a Beta 21 caliber movement. Due to an industry crisis, IWC avoided heavy investment in this technology and went back to produce what it was best at - mechanical movements of great technical refinement.

Although IWC entered the quartz era with its first quartz watch in 1969, using the Beta 21 movement, the company was ultimately unable to remain under family ownership. In 1978, a majority interest in the company was sold to VDO Adolf Schindling AG. In 1978, IWC introduced the world's first titanium watchcase and bracelet, which at the time was thought impossible because of the difficulty of working with titanium which required an oxygen-free environment.

Subsequent developments include the debut of the Porsche series of sports watches, which remain in production to this day, as well as the creation of the "DaVinci" - a perpetual calendar chronograph wristwatch that is mechanically programmed for the next 500 years. This watch caused quite a stir when first introduced and set new standards with its "user friendly" perpetual calendar. In 1993, the company again stunned the watch world when it unveiled the remarkable Il Destriero, which at the time was the most complicated wristwatch in the world.

The year 2000 is no less exciting for the company, as it introduces a new advertising campaign, as well as the 5000 calibre, a new mechanical movement with a power reserve of seven days and an automatic movement. The automatic, an IWC exclusive, is a further development of the patented Pellaton system. The pocket watch-size movement is featured in the latest addition to the Portuguese line: an automatic with a power reserve display. It should also be noted that 1999 was the most successful year in IWC's history, with 39,000 watches sold, 115 million Swiss francs in revenue, and over 350 employees.


All IWC-movements have a history and most of them also have a mark. Nowadays usually the "Probus Scafusia", in the past many others were usedalso. When and how a movement was marked is what this article is all about.

People who are familiar with the manufacturer know, that IWC Schaffhausenkeeps book of the reference number, the caliber, the case material, thedelivery date and the buyer, ever since 1882. However, which marks were used to establish the authenticity of the IWCmovement, the books don't tell.Together with two other IWC collectors I have tried to answer the questions. Together we were able to trace about 1000 pocket watches from Schaffhausen, and thus collected a huge amount of data. What we were looking for was not when IWC registered the marks used - examples for that are found in Richard Meiss' book-, but how effectively the marking was done.In studying our watches we found the following: that IWC didn't use marks from 1868 till 1883, the begin years of the company. Mostly you will find the name "International Watch Company" on the movements platina. We came to another conclusion: that the founder of the company, Florentine A. Jones immortalized members of his family and American heroes on the movementsplate. Toelke/King give some more details on that in their book about IWC Schaffhausen on page 34.The company name can be found (English italics) on all calibers by Jones (with movement numbers 1 to around 26,000), the Seeland-caliber (circa 26,000-61,000), caliber 28/29 a bascule pilier (100,000 to 120,000) as well as the early calibers 32, 33, 34, 35, 59 and 60 with very low movement numbers like 33, 86 616 or something like 620.In the course of 1884, IWC switched to a complete new numbering and marking. The oldest mark is a flat "I" with the capitals "WC". This was used only on the movements of the digital watches Pallweber I and Pallweber II during 1884 and 1885 (movement numbers 1000 to 6500).With the digital watches Pallweber III a new variety of markings is introduced. In total, three different round markings can be found. These were used from 1885 till 1890 for the movements 6501 to 62,900.

The IWC in the lens had a brief Renaissance in the observation watches for His Majesty's Forces and the larger pilot's watches, in the calibers 52 and 71 with central seconds hand. Another small change was the straightening of the "J" into an "I", like in the middle of the Probus Scafusia mark.For the sake of completeness it needs to be said that a reasonable number of IWC watches were marked with "S&Co.". S&Co stands for the company Staufer, Son & Co., London, which for decades imported IWC watches for the British Empire.

Very nice watches. Not my cuppa' by and large but elegant and robust to say the least.
_________________
-Robert
Buy what you like, keep what you love, don't spend too much.
As long as you follow those simple rules - you shouldn't listen to anyone about your watches.

I like a few of their models... like Bill Bartletts diver, and I saw one once at a store, not on the IWC site (might be an older model) gray dial, 3-hand, 40mm, SS case on bracelet, large date, Pilot watch. 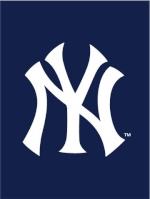 Very interesting history..One of my favorite companies...Like the Aquatimers old and new as well as the Portuguese Chrono...

The real IWC and its nice that it has American roots!

I would love a nice IWC pilot...maybe not the BIG Pilot, but a pilot!